Why Should I Be ‘Modest’?

Why Should I Be ‘Modest’?
by Naeem Mohaiemen 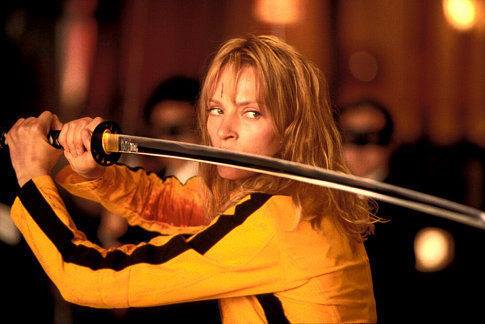 Event, record, reaction, and then, meta-discussion.

On the surface, Ey Poth Amadero is a standard-issue feminist event. Organised by Drishtipat, modeled after Take Back the Night, a rally for safe space for women on the street. With a police permit, a meeting spot, printed banners, designated march route. A polite event, no provocation, nothing out of control. Not Run Lola Run, more a gentle walk.

At the post-march concert, musician Anusheh diverted from this script. Onstage she said into the mike: “If men keep pinching us, women may start pinching back.” This fragment of the speech was captured on ZI’s mobile phone camera and posted on Facebook — generating a forum discussion on Anusheh’s “eye for an eye.”

SH writes: “If some dog bites someone, you don’t advise them to bite back. Those who do eve teasing are mentally sick, they need to be sent to a correction facility.”

Then AK adds: “[Anusheh], when you are on a stage and delivering something other than a baby, you should be more careful for your words …”

NK, the first female voice on this forum, disagrees: “Label ‘mentally sick’ in itself gives men a way out: that it is an illness and so beyond their control.”

SH responds: “Not only woman, any decent person may feel shy to protest, considering that the protest may create an odd scene.”

Now NK loses her temper: “Where is this man SH from? Does he live in Bangladesh? Why on earth should anyone ‘feel shy because it will create an odd scene’?”

Things are getting personal, and perhaps NK is blending male voices on the forum with street abusers. These men posting here are sympathetic, feminists. Perhaps just a question of language.

But AK also loses his cool in response: “Where is this woman NK from? Amsterdam? Tell her that no one is begging for her patience.”

Later he realises the problematic parts of his outburst. The comment reappears with ‘Amsterdam’ deleted, but ‘this woman’ is still there.

Forum discussions aside, you never faced Diane DiMassa’s comic book character Hothead Paisan. Out to smash patriarchy with hammer and scissors. Yelling at the street thug: “Consider yourself stopped!” — and then proceeding to make it happen. That, you would have found “unreasonable.”

More power to the unreasonable.

More men arrive. HK writes: “Women must be brave enough to reject socially acceptable notions of propriety and shame and mount acts of resistance that will force men and the society at large to recognise them as beings who are owners of their own bodies, who will not accept being violated.”

Well articulated. I step in and point to AK’s phrasing of “delivering a baby” as sexist language, ironically on an anti-sexism forum. But I’m nit-picking. Do we have to be that careful among allies and fellow travelers? Well, Facebook is an open forum. So we don’t always know where people stand. Not every “friend” is a close friend, sometimes they are a politeness “accept.” Accidentally sexist language is still worth debating.

ACK talks about confronting a harasser and being scolded: “[The harasser] was thotomoto. I noticed a half-grin on my mother’s face, even though later on she semi-scolded me, saying it’s inappropriate for women to make such a scene in public. Come on it’s the 21st century — is the woman’s role *still* to be unseen and unheard, and to take crap from hormone-charged men?”

Susan Faludi said in 1992: “Whenever women protest their treatment it’s either written off as hysteria or it’s, ‘Oh, stop complaining. Stop being a nag. Stop whining. Stop sulking.'”

But I had to take time out from this facebook debate to consider Anusheh’s statement. Well, no, perhaps “pinch back” was not the wisest advice. But isn’t it interesting to note how much energy is burnt discussing that one careless phrasing, rather than the issue at hand. Most cases of sexual harassment in Bangladesh are man-on-woman, but why so much enthusiasm for condemning Anusheh’s comment, which refers to a social phenomenon that is rare (woman-on-man violence)? The vast majority of violent attacks are on women by their domestic partners, the majority of groping and speech assaults are by men on the street.

So why are we still talking about Anusheh?

For Ey Poth, a series of op-eds were also published. Shabnam Nadiya’s personal, angry, narrative inspired an old gentleman to write in. He had always wanted to take his grand-daughter to physical defense classes, and now he wanted to fund a karate school for girls. I smiled. He was not advocating the reverse chimti, but rather, girls get tough, fight back against the predator. Self-defense.

The language of support often comes with a “but.” Yes, we support your right to walk freely on streets, but you “must” be modest in clothing as well. Otherwise you are “provoking it.” The oldest form of blaming the victim. On Uttorshuri blog, a very strong defense of women’s rights still included this instruction: “Women need to be able to operate in this society openly without fear, harassment and intimidation. But at the same time — there needs to be a reciprocity of respecting the societal norms.”

What societal norms? The author explained further: “You cannot expect to walk the streets of Dhaka in mini-skirt.” But wait, what an absurd strawman argument: who is walking in mini-skirts? Anyway, we can’t allow this to get flattened into that hoary debate on “modest” clothing. Which always ends in one destination: the woman’s fault. Sermons that talk about women as “temptation,” and underneath a fantasy about women as objects for conquest or protection (from who? you? themselves?).

It’s never about what a woman wears. Whatever I wear is my business — nothing I wear gives you the right to touch me in any fashion. When we look at sexual harassment, sexual assault, rape, wife beating, and a host of other man-on-woman violences, the issue is male power and aggression, coupled with the male gaze. Susan Kappeler said: “The root problem of men’s relations with women, is the way men see women, is seeing.”1

During the 2000 New Year celebrations, a woman was semi-stripped on the Dhaka University campus. Along with the chorus of cries against the “louts” (“lower class,” never in our family, of course), there were aggressive judgments against the victim. Why was she on campus, even accompanied by friends, at midnight? Doesn’t she know our society? In the end, it was her fault, for not staying indoors, for not being more invisible.

By 2009, many more women are out at night, by necessity of work, or because public spaces have become more open. But if something happens again today, the same line will come out. What was she doing out at night? Why was she there? Why was she dressed like that? Why this, why that?

When confronted, eve-teasers often say: “She was asking for it.” Blank Noise Project is one among many groups formed in India to fight back against eve-teasing, which has become an epidemic in Indian cities where women are joining the workforce. Among their many public art projects, the simplest and most effective one is the t-shirt that states: “I Never Ask For It.”

Fatima Mernissi, analysing modernising Moroccan society, highlights new economic frictions that aggravate male-aggression tendencies. Women are in public space in unprecedented numbers because they are working, a transition that is not always welcomed by men.

“Women’s increasing encroachment into traditionally male spaces greatly intensifies the sexual aspect of any encounter between men and women, especially in the urban centres …When women go to work they are not only trespassing in the universe of the umma but are also competing with their former masters, men, for the scarce available jobs.”2

Let us circle back to the blogger who called teasers “dogs” and “mentally sick.” This distancing device let’s all other men of the hook. So it’s not us after all, just a few bad men, right? Social pressure, sexist work environments, compliant state, the patriarchy framework, none of it is to blame? Nothing to fix on the systemic level, no laws or legislation needed? Just lock up a few bad seeds. And the bad ones are always, we are told, “lower class,” “chotolok,” “basti type.”

Neat, convenient, and untrue. In 1998, India was rocked by the Rupan Bajaj vs K.P.S. Gill case. Gill was director general of Punjab Police, and a national hero for his role in anti-terrorism cases such as Operation Black Thunder. But a fearless Bajaj family took him to the highest court, over drunken sexual groping of Mrs. Bajaj at a posh party. According to reports, this was a long-standing habit of Gill, but no one had dared cross the powerful official. The Supreme Court ruling of three months rigorous imprisonment stunned civil society. Because Gill was a hero, “one of us.”

As Kalpana and Vasanth Kannabiran pointed out: “The concern was that of the middle and/or upper-class man who identified himself, in his vulnerability and temptation, totally with Gill, even while setting himself apart from the ‘pathological bottom pinchers in public buses’, the ‘riff raff,’ the nameless faceless man on the street. This identification and this opposition essentially had to do with class.”3

The faceless man comes into focus through cases like this, and the net gets uncomfortably wider. It can and has been many of us. And it isn’t just about street groping. It’s in offices, factories, venues, and most insidiously, homes. So many people hear of a case of wife beating, hostile factory floor, office sexual innuendo, invasive photography, phone stalking, and then casually make excuses. O to sherokom chelei na. Bhodro ghor theke. It can’t be true. She must have done something first. Or she’s being hysterical.

Or maybe she was being unreasonable. Fed up and fighting back.

Naeem Mohaiemen is an Editor at AlalODulal.org. This essay originally appeared in Forum.