Under the Umbrella of Reaction 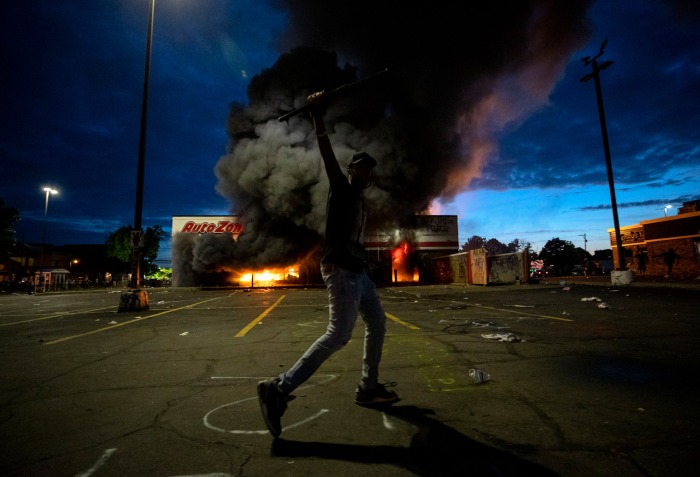 Let me present you with a record, the most powerful encapsulation of media in Bangladesh in the 21st century from the newspaper that proudly promotes itself as the largest Bangla daily in the country. It must not go unsaid that nobody gets big in these parts of the world without corporate backing (or patronage from the powerful) and Prothom Alo is no different. Despite wearing a fig leaf of resistance and being slathered with their idea of benevolent capitalism, its overall legacy, the tone it sets, as a friend said and I agree, is to be the voice of the ruling class. Because ultimately that is the gift of liberalism everywhere and why should Prothom Alo be any different?

In a dispatch from New York and from a country roiling with rebellion against police brutality, against almost four centuries of injustice, violence, a society built on slavery, people’s fury against the very conception of policing that evolved (not much though) from slave patrols, Prothom Alo plays the cop because that’s what it is (some people can be painfully literal minded, so for those: I am saying this figuratively. But symbolism signifies a certain truth). On June 2, a Rahman Mahbub posted a ditty from NY on Prothom Alo which appeared in the front pages of its online version dutifully parroting rightwing verbiage about the looting of a Louis Vuitton store in Soho. Mahbub must have felt good about contributing his reactionary perspective decrying the destruction of luxury brands and property because what could be more sad! It would also not surprise me if the editor of the newspaper didn’t even know about this particular post, but no matter, it’s a perspective quite at-home in these pages and in that Mahbub is a bit player in an overall media machinery prostrated towards reaction.

In this short dispatch he manages to call the people criminals (অপরাধীর দল), terrorist/troublemakers (দুর্বৃত্ত), reports (or maybe copies from another source) how the looters used vulgar language (অশালীন গালিগালাজ ) to threaten (হুমকী) a photojournalist, culminating in a resolution (which perhaps pleases him) of police chasing and catching some of the youth. The violence of this language, its anti-black racism, its partiality towards the propertied gentry and its janissaries, promotion of fascist ideals and state violence, its rightwing optic, ultimately its complete disregard for a rich of body of work, struggle, scholarship, sacrifice, and activism critiquing the very basis of this lens is painfully symptomatic of the media constellation in Bangladesh today. This language is an insult to struggles for justice, a mediocre exhibition of ignorance of structural oppression, an unethical display of siding with the system in unjust arrangements, unaware that journalists must have ethical responsibilities and shouldn’t aid in furthering powerful interests. To the editor: Read a book or look at some memes, you might learn something.

Prothom Alo should be ashamed but I suspect it is beyond their understanding, when it’s been continuously forged in the morally vacuous and demented notion of objectivity. They might even issue mealy-mouthed rejoinders about both-sides, stack up evidence of support from their brethren around the world including the US who stands for the same empty principles. That’s not to say it doesn’t stand for anything, where it stands is under the umbrella of reaction. And as it self-importantly etches its own trail in history, we are also keeping record.